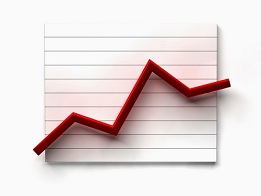 When we ask whether SentenceShaper is an effective treatment tool, we mean: “If people use the program for a period of time, will their spontaneous, unaided speech get better?”

If so, we will call these improvements “treatment effects” (once we make sure that they were caused by use of the program and not spontaneous recovery,  etc.) So here we are talking about “BEFORE versus AFTER” .  Asking if a person shows Sentence Shaper treatment effects is like asking whether someone’s teeth are positioned better after they have worn braces for a period of time, and the braces have been removed.

This page provides a quick glance at the research on treatment effects with the program.  For more details, click here to go to a page where you can download our Research Report,  or here to see a list of publications about SentenceShaper.

We will start by asking: what IS “SentenceShaper therapy”?

The program is really just a prosthesis to help people create better speech … it provides memory support and lets people play back their speech to correct and expand it. Therefore, SentenceShaper could be used to implement a variety of treatments: for example, training on particular grammatical structures such as relative clauses, or script training (Holland, Milman, Munoz, & Bays, 2002) , or Verb Network Strengthening Treatment (VNeST; Emonds, Nadeau, Kiran, 2009).

However, treatment studies with SentenceShaper have focused upon one specific protocol: what we’ll call “Narrative-based  SentenceShaper Therapy”, in which people use the program to construct multi-sentence narratives, such as retelling TV shows or life events. This doesn’t require  a computer (see, e.g., Peach & Wong, 2004), but SentenceShaper is almost the ideal medium, because of the memory support it provides.

These gains are particularly encouraging because they were achieved through largely independent home practice. After learning how to operate the program effectively, participants were provided with computers in their homes and asked to use the system to create narratives – describing life events, expressing opinions, or retelling movies and television shows. However, they did come into the lab once a week, and this may have provided important encouragement as well as making sure that they were using the program correctly.

In a later study at  Moss Rehabilitation Research Institute, SentenceShaper was used in the context of aphasia groups. In this project, participants met weekly in supported conversation groups and also underwent weekly training on the system, which was used for two “offline” functional purposes: email (productions on the system were emailed to friends and fellow group members as sound file attachments) and a group web site (photographs and other images were accompanied by spoken comments created on the system). In the second half of the study, participants were instructed to engage in regular homework constructing narratives on SentenceShaper. For six of the 10 participants in this phase of the study, impressive treatment gains were observed (Schwartz, Linebarger, Brooks, & Bartlett, 2007; some results reported in Linebarger & Schwartz, 2005:Table 1) across a variety of unpracticed narrative tasks, ranging from Cinderella story retellings to the less demanding task of describing wordless picture books; and across a number of different structural measures.

SentenceShaper treatment effects were then studied at the University of Maryland School of Medicine.  As reported in Linebarger, McCall, Virata, & Berndt (2007) and McCall, Virata, Linebarger, & Berndt (2009),  a Narrative-based SentenceShaper Treatment protocol led to treatment gains reflected in structural measures (such as utterance/sentence length, proportion of words that occur in sentences, grammatical well-formedness), measures of informativeness, and/or speech rate.. Perhaps the most striking treatment outcome to date is reported in McCall et al. (2008). After using SentenceShaper for a total of 27 hours (at home, with weekly lab visits, over a five month period), the participant in this case study increased his Mean Sentence Length from 3.6 words per sentence to 8.12 words per sentence; after a second treatment in which the software was used to train subordinate clauses, his unaided sentence length increased further to 11.56 words per sentence. In addition, his utterances became more structured and well-formed; after the first treatment, for example, the proportion of his words that were in sentences rather than isolated fragments increased from 44% to 91%; the proportion of sentences that were well-formed increased from 7% to 76%. Below we illustrate the qualitative impact of these changes with excerpts from McCall et al. (2008; Table 4), comparing the first few utterances of this participant’s spontaneous, unaided retelling of a wordless picture book before and after the first treatment. This particular story was never practiced during treatment, of course; for a fuller sample of these pre-post narratives, please see McCall et al. (2008; Table 4).

SentenceShaper Narrative-Based Therapy was also studied at the University of British Columbia (Albright, 2006; Albright & Purves, 2008).  Their detailed case study reported both aided effects and treatment effects comparable to (and, in some cases, better than) those described above.

General comments about these treatment effects

These are small studies. The most representative, and tightly controlled, study of treatment effects (Linebarger, McCall, Virata, & Berndt, 2007)  had 6 participants. One reason why there are no larger studies yet is that it can be very time-consuming to elicit and analyze multi-sentence narratives. Also, since one of the virtues of computer-based therapy is that it can be done at home, these studies all incorporated home use, which makes it difficult to control the amount of time invested in the program. In addition, participants are likely to “fade out”  unless they can choose topics they are interested in, and the difficulty must be adjusted for each participant, all of which can complicate the protocol.

And not all the participants made treatment gains. We do not know why, although aphasia severity and working memory have been suggested to play an important role. Finally, these studies only looked at people with nonfluent aphasia. We don’t yet know whether or how SentenceShaper Narrative-based Therapy might be effective for other populations. We also don’t  know whether SentenceShaper can be used to deliver other kinds of language therapy. (For example, people with apraxia of speech often sound much clearer with the program…could these effects carry over into their spontaneous, unaided speech? We don’t know.)

But some very impressive treatment gains did occur. A fascinating question is: Why? This is discussed in detail in Linebarger et al. (2007). Because SentenceShaper lets people create longer and more complex utterances, it may be that it provides a kind of practice that you could not get any other way. That is, people can  create sentences with the program that they are not even able to repeat, so SentenceShaper makes it possible to practice these structures.

Another way in which the program may have helped is by teaching people to self-monitor — that is, to play back the sentences they are creating and correct or expand them. This may have impacted their spontaneous speech if the habit of self-monitoring persisted.

A different possibility is that the task of creating a multi-sentence narrative is a good way to train what has been called “thinking for speaking” (see, e.g., Slobin, 1996; Marshall, 2009)–breaking up a complex message into propositions that can be expressed in the speaker’s language.

Finally, it’s worth noting that SentenceShaper’s dual role as a communication aid and therapy tool has one important advantage: If you can find personally relevant uses for speech created with the program, then you are getting language therapy as a side effect of doing something that may actually be enjoyable. And you will not have to worry that using a communication aid is giving up on therapy!