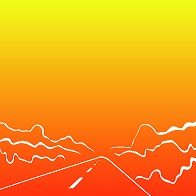 Barbara Purves and Heidi Ostberg (2010) describe how SentenceShaper was used by a man with moderate-severe nonfluent aphasia and apraxia of speech to participate more fully in a social support group. He used the program to record a shared text that is traditionally read aloud at the start of the group’s meetings.

His  spontaneous speech is typically limited to short, high frequency phrases and single words, and is difficult to understand because of his apraxia. Although he had previously created written comments and played them aloud at meetings via computerized speech (text to speech), he wanted to read this shared text in his own voice, despite the challenges posed by his apraxia and aphasia, The article describes his intense and prolonged efforts to record each word with SentenceShaper,  playing it back, and re-recording it until it was as intelligible as possible.

This story illustrates the crucial role of speaking in one’s own voice. And, as the authors observe, it also “draws attention to how people with aphasia can independently identify new possibilities in treatment approaches, in this case SentenceShaper, to help them to achieve their personal goals.”