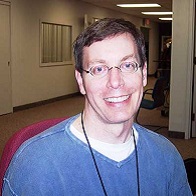 In 2006, SentenceShaper was used for political campaigning!  This is discussed in an article entitled “Back to the Council,” from which we quote below:

“Even though a stroke robbed Haworth Councilman and attorney Ken Albrecht of his ability to speak, it didn’t take away the environmental law specialist’s intelligence, reasoning skills, or quest to return to his former office. After becoming a member of the Adler Aphasia Center in 2005, Ken quickly became involved in all discussion groups and joined the Member Advisory Council and Member Advocacy Group. By using our SentenceShaper computer software, he formulated and practiced speeches and he ran for his old seat on the Haworth Town Council. In November 2006, he was re elected. SentenceShaper helped him to send the good news to his son in college in Connecticut through his MP3 player. During Ken’s swearing-in ceremony, he recited his Oath of Office thanks to SentenceShaper and his own drive to rebuild his life and re-emerge into society as a productive person once again.” (From the annual report of  the Adler Aphasia Center in Maywood, NJ)

This and other uses of SentenceShaper were also described in “Restoring Lost Speech after a Stroke”, an article about the aphasia center that appeared in the Wall Street Journal (click here to view).

Ken used SentenceShaper before his November 2006 re-election campaign, and he created sound files to prepare to discuss the issues he knew voters would be interested in. He was re-elected, and mentioned in a Wall Street Journal article (November 28, 2006) about speech recovery after strokes. We were pleased that our SentenceShaper software was mentioned in the same article. Ken was also filmed by CBS News while he was practicing his oath for office using SentenceShaper.

Click here to learn more about SentenceShaper at The Adler Aphasia Center.