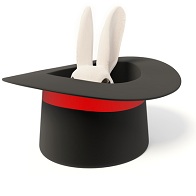 Here are some suggestions for how to use SentenceShaper most effectively. They have evolved during our research collaborations studying nonfluent aphasia. They may not apply to people with other kinds of language problems.

Try to replay each snippet (recorded sound clip) immediately after you create it. And replay the Sentence Row every time you add a new snippet. This will help to keep it activated in memory, and you can correct  or expand it while it is still fresh.

2. Turn the recorder on and off quickly

Don’t turn on the microphone until you are ready to start talking, and try to turn it off as soon you find yourself searching for the next word. That way you will not record silence at the beginnings and ends of your snippets.

It’s a good idea to  record fairly small chunks of speech in each  snippet. This makes it easier to revise your sentences (you can just re-record one word)  and it may make them more intelligible, especially for people with articulatory problems.

SentenceShaper is designed to allow creation of longer and more complex structures than may be possible in spontaneous speech. So people with aphasia may need to be encouraged to attempt more ambitious structures in the beginning, as they may be in the habit of relying on nouns and other fragments to convey their messages.

4. Don’t be a perfectionist

It’s a good idea to ignore minor errors, such as omission of articles, if the user has trouble with basic sentence construction. This might distract the user from the deeper process of coming up with the important words in the sentence.  And if there is a serious error, it may be more effective to ask her to replay it and try to find the error herself, rather than pointing it out.

If the user is having word-finding problems, try not to jump right in with the word. Instead, encourage the user to find a different way to say it.  Also, replaying a partially formed sentence may trigger a cloze effect, just as “Go brush your…”  may help to trigger “teeth” or “hair”. And try the “bootstrapping” strategy described next.

6. Use “bootstrapping” from prepositions and verbs

Sometimes playing the Vocabulary Cue Buttons can help the user to think of what to say. It may seem counterintuitive, but sometimes it really works. For example, if the user is trying to describe a family dinner, but is drawing a blank, it may be helpful to play the preposition Cue Buttons. The word “on” may suggest “on the table”; “for” may suggest “for my birthday”. Similarly,very general verbs such as “make” can also suggest material…”make” may suggest “make a pudding” or “make up”, and so forth. Note: the “Blank Pages” workbooks (E1, E3, and E4) contain very general verbs and prepositions that are ideal for bootstrapping.

If you are a helper, try not to help too much. People may use SentenceShaper more effectively if they are left alone with the system for increasingly longer periods of time.

8. When in doubt…turn on the sound recorder.

We encourage most (but not all) people to record any word that comes to mind, even if it cannot be incorporated into the sentence at that time. You can always throw the snippet away later.

It is best to leave a few empty slots in both the Sentence and Story Rows, so you have space to add new items.

For a longer story or message, it may be useful to record a key word or two for each basic idea. Put each key word in the Story Row. Later on, you can go back and flesh out the key words into a full sentences.

People who can only produce a word or two per snippet during their first attempt at producing a sentence may benefit from a two-stage process of sentence creation. First you create a sentence by recording a series of small, one- or two-word snippets (sound bites). Then  re-record, replaying several snippets  in order and then re-recording them all as a single snippet — that is, in one utterance. This may improve both fluency and morale, as many people find it encouraging to hear themselves speaking in longer, prosodically natural utterances.