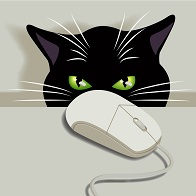 SentenceShaper now runs on both iOS and Windows.

iOS requirements: The program runs on the iPad, but not on iPhones. It requires iOS 10.3 or higher. This version of iOS is supported by the following devices:

Windows requirements: The program runs on most Windows operating systems (XP/Vista/Windows 7/Windows 8/Windows 10). Note that is does not run on Windows “RT” or on Windows 10 in “S” mode.